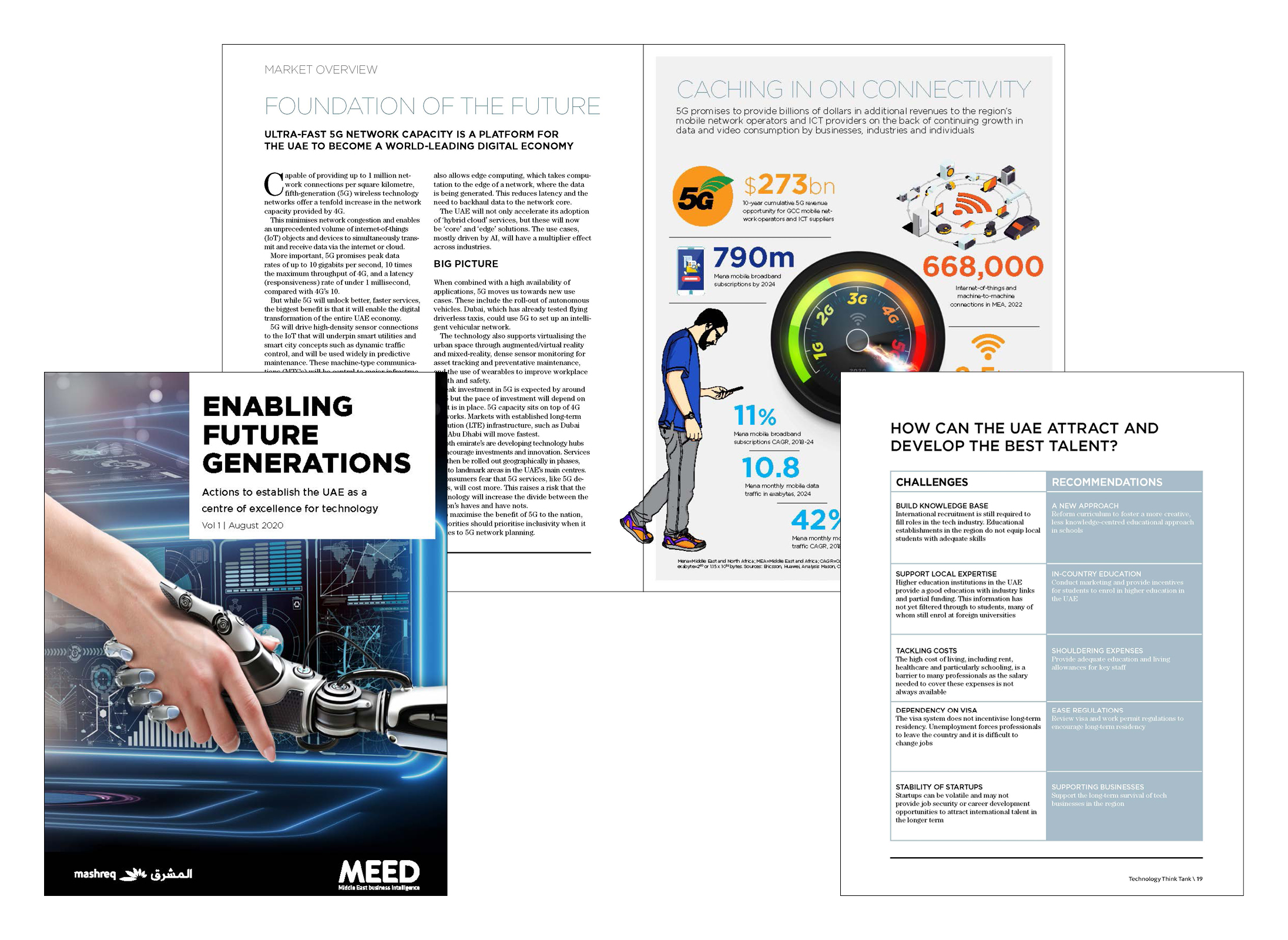 A think tank of senior executives and academics from the UAE’s technology and telecoms industry has called for next generation broadband telecoms (5G) to be accessible to as many people as possible in order to help the UAE become a centre of excellence for technology research and innovation. The recommendation comes as part of the 18 actions suggested in the first white paper by the UAE Technology Think Tank, titled Enabling Future Generations. 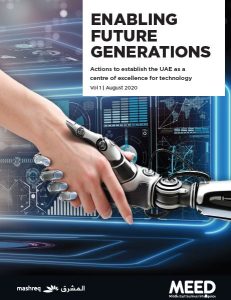 The actions, which if implemented, will create an environment to support a strong tech sector in the UAE that enables success for future generations.

Key themes in the white paper:

Established by Mashreq Bank and business intelligence service MEED, the UAE Technology Think Tank serves as a platform for industry leaders to examine what steps could be taken to support the UAE’s ambition to become a hub for technology research and innovation.

The advent of 5G presents numerous opportunities, enabling several new use cases for the technology. These include the potential roll-out of autonomous vehicles, virtualising urban space through augmented/virtual reality, as well as the use of wearables to improve workplace safety, amongst others.

However, there are numerous challenges to be overcome as well. These include significantly less investment into research and development when compared to major tech hubs globally, as well as growing regional competition – for e.g. Saudi Arabia increasing connectivity and introducing pro-business reforms.

Another major challenge is attracting and retaining talent, due to a high cost of living and doing business within the country.

“The UAE has significantly invested in world-class infrastructure that has laid much of the groundwork to realise its ambition of becoming one of the most technologically advanced countries by 2030,” says Hind Eisa Salim, Executive Vice-President and Head of Services and Manufacturing at Mashreq Bank.

“However, alongside the enormous potential to transform the tech sector, there also exists several challenges which requires strategic change.

“Going forward, our report finds that the close collaboration between government, industry and universities is key to enabling the future potential of the UAE tech sector – as well as building a thriving national technology ecosystem that will support expansion and help achieve its smart city goals,” she adds.

“The UAE has wisely implemented several initiatives to ensure technology adoption preparedness within the country, including early investments in network infrastructure, the appointment of a Minister of Artificial Intelligence and the launch a National AI programme,” says MEED’s Editorial Director Richard Thompson. “The recommendations proposed by UAE Technology Think Tank provides a strong pathway to build on and ensure that the sector can establish a flourishing ecosystem for future generations.”