The implications of negative oil prices 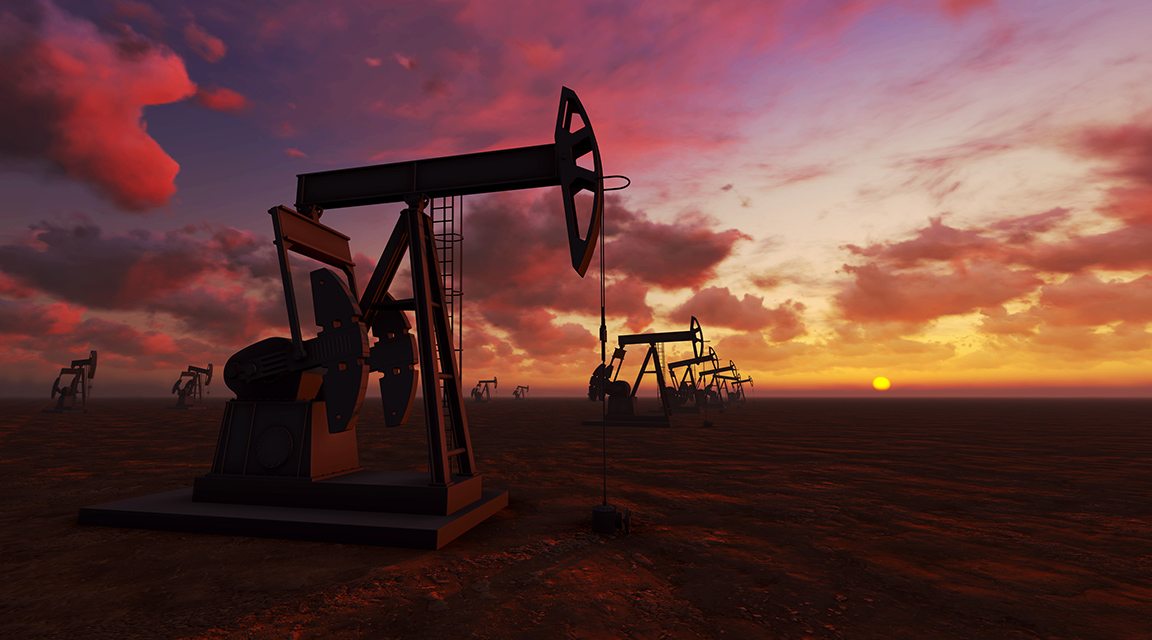 On 20 April, the main US crude benchmark, West Texas Intermediate (WTI), plunged into negative territory for the first time ever, with its May contract closing at -$37.63 a barrel after starting the day at around $18.

WTI is a physical contract with a specific delivery point and delivery date.

For WTI, the price settlement point is Cushing in Oklahoma, a major trading hub for crude oil, with a sprawling array of interconnected pipelines and storage facilities.

Oil storage space is running out in the US due to the fallout from the Covid-19 pandemic.

Measures introduced around the world in an effort to contain the pandemic have dramatically reduced economic activity and global demand for crude oil.

Producers have continued to pump oil, despite low oil prices, as stopping production can cause complications and even damage a well, reducing future oil production capacity.

The lack of space to store oil due to be delivered in May resulted in traders being willing to pay others to take their oil contracts so they did not have to take physical delivery.

The price of Brent crude, which has already rolled to its June contract, finished the day at $28.50

The WTI May contract’s slide into negative territory does not mean that all oil is now worthless or negatively priced.

Equally, the price of Brent crude, which has already rolled to its June contract, finished the day at $28.50.

It is used to set the price of two-thirds of the world’s internationally traded crude oil supplies.

There is no single specific delivery location for Brent crude. Brent is traded internationally on Intercontinental Exchange (ICE), and can be delivered offshore to a variety of locations.

If there is a problem with storage capacity at a particular location then the crude can be delivered elsewhere.

WTI’s transition into negative territory has highlighted just how weak demand for crude oil currently is and should serve as a stark warning to oil-producing countries and companies around the world.

It is uncertain how long WTI will remain in negative territory for.

Some analysts believe that possible easing of containment measures for Covid-19 around the world over the coming weeks will lead to an increase in demand for crude oil, buoying prices.

Additionally, over the coming months, extremely low oil prices are also likely to reduce the volume of oil produced by fracking in the US as it becomes uneconomical for fracking companies to continue drilling.

Analysts say that most US fracking companies need a price point of from $40 to $60 a barrel to make their hydraulic fracturing method of oil production profitable.

Even at very low oil prices, low-cost producers, such as those in the Middle East, can still turn a profit.

According to a January 2020 Energy Information Administration (EIA) report, the estimated cost of producing a barrel of oil in Saudi Arabia is less than $9 a barrel, including capital spending, production cost and transportation.

While Saudi Arabia will still be generating profits from its oil with prices above $9 a barrel, it needs to sell oil for far more than that to meet its budgetary needs.

According to the IMF, the fiscal breakeven price for Saudi crude is around $80 a barrel.

Fracking requires wells to be drilled far more frequently to maintain production over the short term compared to conventional oil production – and if the drilling stops oil production from fracking oil fields quickly drops off.

Storage at the Oklahoma facility is expected to be full within weeks. Brent is not constrained by this requirement for physical delivery

Speaking after May WTI futures settled on 20 April, Ann-Louise Hittle, vice-president of macro oils at Wood Mackenzie, said: “With adequate storage in Cushing unavailable to those who need it, selling intensified in the May futures contract.

“This issue is most intense for May WTI because oil demand is at its weakest, with full coronavirus containment measures in place across much of the US.

“For May WTI, the problem is compounded because the contract is settled by physical delivery at Cushing.

“Storage at the Oklahoma facility is expected to be full within weeks. Brent is not constrained by this requirement for physical delivery.

“On top of this, oil supply has not yet been affected enough by either production shut-ins for economic reasons or by the Opec+ production cuts.

“With signs of a possible easing in containment measures against Covid-19, the next month’s WTI expiry might not see such an intense selling pressure.”

The latest declines in the price of oil come after record production cuts designed to support global crude prices.

On 12 April, Opec agreed the biggest ever oil output cut with the backing of Russia, the US and the wider G20 group of nations in an effort to bolster the crude price.

After four days of talks, Opec and its allies, including Russia, agreed to cut a record 9.7 million barrels a day of production — close to 10 per cent of global pre-crisis demand.