ENERGY CLUB 1: Investing in the future of Middle East energy 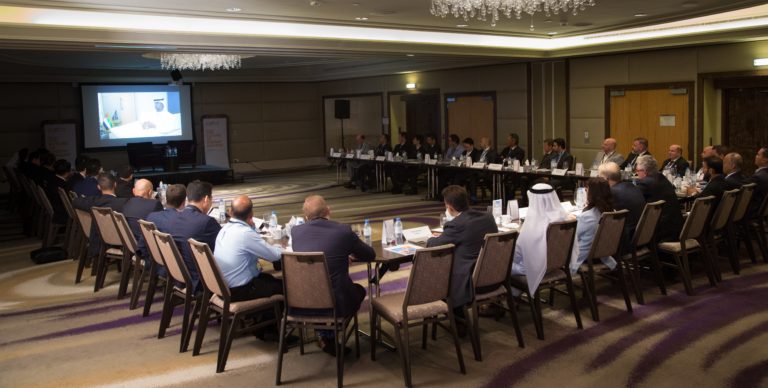 There is a growing consensus among international oil companies and global energy analysts that peak demand for oil will come sooner than previously predicted.

Driven by factors including the increased use of renewable energy, and greater energy efficiency enabled by new technology and electrification, the impending arrival of peak demand for oil is widely agreed, though when it will arrive remains a source of intense debate.

“Forecasting demand is notoriously difficult,” said one delegate to the MEED Mashreq Energy Club held in September in Abu Dhabi. “[Demand for oil] looks robust to 2040, but introduce some changes, such as improved internal combustion engine efficiency, and you have a very different picture. When peak demand arrives will be driven by efficiency changes.”

In its latest World Oil Outlook report, published in September, oil producers group Opec forecasts that global demand for oil will rise to 111.7 million barrels a day (b/d) in 2040, from 99 million b/d today. Others predict that peak demand for oil will come sooner, even as early as 2023, according to the International Energy Agency’s most aggressive scenario, which says peak demand could be 104.9 million b/d.

Most agree that future growth in demand for oil will be driven by regions outside the Organisation for Economic Cooperation and Development, which Opec says will see an increase in demand of about 23 million b/d by 2040. A key factor in future oil demand will be rising petrochemicals production, something that the national oil companies of the Gulf are targeting.

The inaugural Mashreq Energy Club, organised with MEED, brought together senior oil industry stakeholders from across the GCC to examine the challenges facing the energy sector. The objective was to examine the regional oil industry’s response to the changes taking place in global energy and to generate insights that will inform strategies to help the region prepare for life after peak oil.

Asia’s rapidly rising oil consumption has not gone unnoticed by the Middle East’s national oil companies, which are keen to build new refineries in joint ventures with Asian partners. The desire to lock in long-term demand is attractive to regional producers, which are negotiating and investing heavily in long-term agreements with international oil companies to form partnerships to operate onshore and offshore oil field concessions.

Adnoc and other regional producers now see petrochemicals as the source of the greatest revenue growth over the coming two decades, with demand expected to grow 150 per cent by 2040.

“Oil firms are all moving in the same direction at the same time, now that there is strong growth in India and China,” said one energy club delegate. “Everyone is trying to fill the same space, so you tend to erode the value for each other.”

Oil will continue to form the biggest proportion of the energy supply. But with output from existing oil fields depleting, there are fears that a lack of investment in new capacity could lead to an oil shortage from 2025. While demand is growing at more than 1.5 million b/d, about 3 million b/d of production from ageing oil fields must be replaced. The size of the challenge is not easy to quantify. Increasing production by just 100,000 b/d from the kind of productive offshore field common in the Gulf would require more than 200 wells, said one attendee.

“This might take 230 wells, each drilling for 60 days,” he said. “Cumulatively, that is 40 years of drilling, or four years with 10 rigs. It is an immense investment, which has to be borne from the owner through to the suppliers.”

Regional oil ministers, such as the UAE’s Suhail al-Mazrouei, have issued warnings about the industry’s lack of spending since oil prices crashed in 2014. “At the moment, the magnitude of investment is insufficient,” said one delegate.

Many Middle East producers have continued with investments despite lower prices. “The Middle East has the best assets in the world, although they are maturing,” said one attendee. “Even with the cost of managing the higher water production, it will still be one of the lowest cost producers.

“It is easy to become complacent, like in 2013,” he added. “The industry was complacent across the board then. The oil price collapse in 2014 meant unconventionals went on a diet. But they came back healthier and more resilient.”

With crude prices set to remain robust, Opec’s outlook for oil demand through to 2040 not only justifies the hundreds of billions of dollars Gulf energy producers have committed to spend in the next decade, but also encourages them to stay on course with their capital expenditure plans.