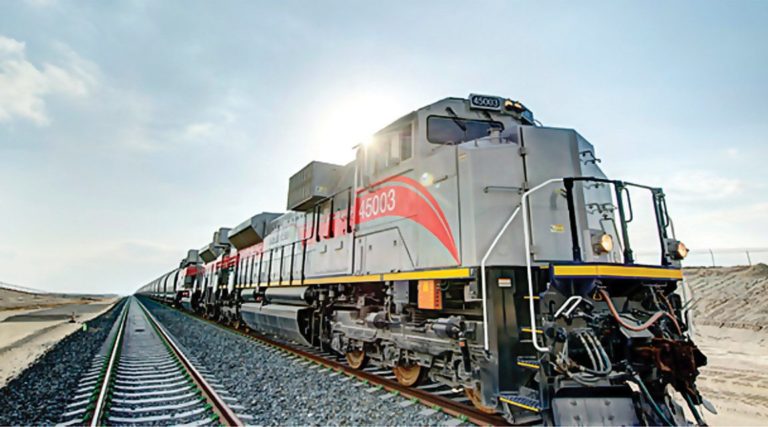 The procurement process for the next stage of the UAE’s Etihad railway is now in full swing. Contractors are tendering civil works packages, and two other packages – one for operation and maintenance and the other for rolling stock supply – are in the prequalification stage.

Stage 2 is expected to boost the country’s logistics sector by connecting the country’s key ports. A railway system is seen as a key missing link in what experts call multi-modal connectivity, where cargo and passengers alike can be moved by air, sea or land in a more timely and cost-effective fashion.

Building the railway infrastructure complements billions of dollars that have been invested in roads, seaports and airports across the country over the past decade.

It is notable that despite the lack of a railway system to move containers, the UAE has been ranked 11th of 160 countries included in the World Bank’s 2018 Logistics Performance Index.

Jebel Ali Port has also grown into one of the world’s largest and busiest transshipment centres, and Khalifa Port has managed to build a reputation as one of the most modern ports in the region within a short period of time, attracting the largest shipping companies to set up a hub and operate a dedicated terminal at the port.

A railway system could only help drive further growth by making the logistics process more efficient, which is crucial in attracting more foreign direct investments, particularly into the country’s non-oil sectors.

Notably, the construction of the next stage of the railway coincides with the passing of the new UAE investment law, which would allow 100 per cent foreign ownership in certain sectors of the economy.

In addition to boosting the country’s logistics sector, especially when the GCC railway is finally built and operational, a UAE-wide freight railway system is expected to facilitate economic expansion in the northern emirates, which have previously relied on federal funding for much of its infrastructure projects.

The railway could also help boost the country’s overall trade security. Unlike the ports in Jebel Ali and Abu Dhabi, the container terminal at Fujairah Port, for instance, lies outside the contentious Strait of Hormuz and Abu Dhabi Ports has already started upgrading the Fujairah’s container terminal last year citing it as “a crucial component of its growth strategy”.