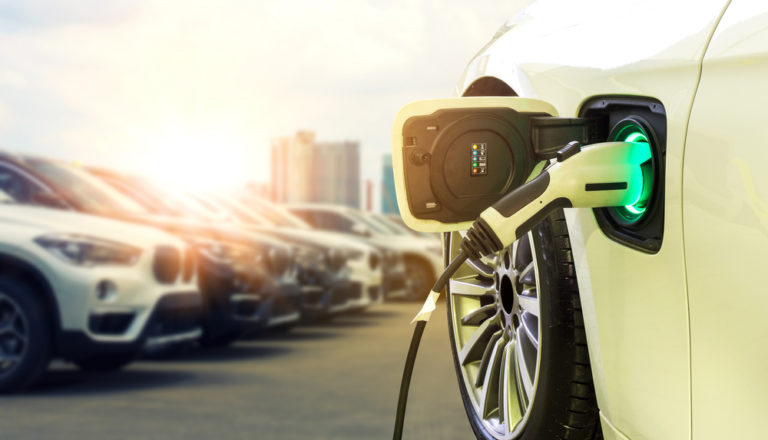 The world currently consumes about 99 million barrels a day (b/d) of oil, and demand for crude is expected to soar to above 111.7 million b/d by 2040, says Opec. With economic progress and rapid urbanisation taking place in specific regions, and advanced economies resorting to other sources of energy, the rise in demand for crude will in most part be fuelled by growth centres in Asia, Africa and Latin America.

However, the oil industry is also acutely aware that the moment of peak oil demand is drawing nearer. The question is when?

Global research institutions and oil companies have made varying, even contradictory, predictions about the advent of peak oil demand. The International Energy Agency has projected that the zenith in demand could come as early as 2025, while Opec claims demand will not slow until the late 2040s.

Although the forecasts are based on several calculations and scenarios, there are factors that might catalyse or delay the ascent of oil demand to its peak.

“Recent reports suggest that costs associated with alternative energy sources, such as solar, are declining,” he says. “Some renewable technologies may prove to be less costly than traditional fossil fuels in the near future. Such factors may determine the shift in oil demand and how other forms of energy will compete against conventional sources.”

Norbert Rucker, head of macro and commodity research at Julius Baer, suggests the energy industry needs to learn from the rise of the renewable energy sector, which was previously underestimated. “What makes predicting future mobility so difficult, or let’s say interesting, is the combination of two technologies: electrification and autonomous driving,” he says.

“Should we see consumers embracing self-driving taxis and shuttles in cities, this would hasten the peak in oil demand. Urban delivery services would likely also swiftly shift towards self-driving electric vans.”

Rucker continues, “The related technology advances would also make their presence felt in other areas and add to fuel shifts elsewhere. Cheaper batteries, for example, bode well for an even faster adoption of solar technology. So yes, the transformation of mobility and peak oil demand is the final, but biggest, chapter of the energy transition.”

The timing of peak oil demand will be significant for the energy-producing economies of the Middle East and North Africa (Mena) region as it will require stakeholders to transform their businesses and operations in such a way that they might approach life after peak oil as one of opportunity, not challenge.

In the Gulf, an understanding that the world’s oil demand will peak in the coming decades is already driving stakeholders to take concrete steps to keep their businesses relevant in the new era.

“When oil prices precipitously declined between mid-2014 and mid-2017, regional NOCs and IOCs largely abandoned new capital expenditure investments in large-scale projects that are their forte,” he says.

“Importantly, the decline corresponds to these players being cognisant of the growing importance of renewables in the energy mix and the ever-increasing reality that fossil fuels and renewables need to coexist.”

Gulf NOCs are shifting expenditure towards the downstream sector, particularly petrochemicals. Tens of billions of dollars’ worth of petrochemical projects, undertaken by Saudi Aramco, Abu Dhabi National Oil Company (Adnoc) and Kuwait Petroleum Corporation, among others, are under execution or have been planned either as greenfield projects, or as part of expansion and integration of existing refineries with new petrochemical plants.

“In my opinion, regional producers have already shown cognisance of a change in the purchasing power of crude oil customers,” says Abhay Bhargava, director of Frost & Sullivan’s industrial practice in the Middle East and Africa.

“The past few years are testament to that. This is also reflected in their diversification into the downstream side of things – to the extent that we see Aramco considering an acquisition with Sabic as a means to kickstart its IPO [initial public offering] process.”

With regards to the IOCs, their diversification strategies are multi-pronged and do not hinge on just downstream investments. “Several IOCs are already taking significant measures,” says Saji Sam, partner in the energy division of consultancy firm Oliver Wyman. “Hundreds of millions of dollars of investment outlays are going towards clean energy.

“Although as a percentage this represents less than 10 per cent of the total investments, the trend is clear,” Sam continues. “We see IOC investments slowly but steadily moving away from oil into gas, renewable energy, electric charging, petrochemicals and others.”

Some analysts believe recalibrating strategies for making business models future-ready is something IOCs have been doing for a while.

“Most of them are in the process of rebranding as energy suppliers,” says Peter Stewart, managing director of Resource Economist and chief energy analyst at Interfax Global Energy. “They will do this from a portfolio of assets that include oil, gas/LNG [liquefied natural gas], LPG [liquefied petroleum gas], petrochemicals and renewables. Of course, they will continue to supply gasoline and diesel on motorways, but they can see the writing on the wall and want to make sure they are diversified and can take advantage of the evolving energy mix.”

One global energy producer that has for several years been pursuing a strategy of balancing the need to maintain the world’s oil supply with the need to transition away from it is the UK/Dutch Shell Group. “We see commercial opportunity in participating in the global drive to provide more and cleaner energy solutions,” says Wim Thomas, Shell’s chief energy adviser. “We will continue to sell the fuels that society needs, including oil and gas, while preparing our portfolio to move into lower-carbon energy when this makes commercial sense.”

Shell formed a New Energies division in 2016, which has been tasked with investing $1bn-$2bn a year until 2020 into strategic and commercially promising energy spaces, such as new fuels and power.

“Shell is focusing on renewable power and new biofuels, but we also have a department looking at commercial application of carbon capture and storage for decarbonising fossil fuels in the short-term, and ultimately for storing CO2 from biomass to create ‘net zero emissions’ by 2070 – a crucial ingredient in our scenario to achieve the goals of the Paris climate agreement,” Thomas reveals.

Iraq provides an example of how Shell is managing its carbon footprint. Basrah Gas Company – in which Shell has a 44 per cent stake, alongside the state-owned South Gas Company (51 per cent) and Japan’s Mitsubishi Corporation (5 per cent) – is supporting the World Bank’s Zero Routine Flaring by 2030 initiative by processing gas produced by third parties that would otherwise be flared. This is estimated to reduce emissions from flaring by 10 million tonnes of carbon dioxide a year.

The world is heading towards an age where regional NOCs and IOCs will undergo a transformation of their business models to become vertically integrated energy companies “with an increasing shift towards a low-carbon energy operating environment”, notes Khoman.

“Moreover, they are likely to become more efficient in deploying their capital for long-term oil and gas projects, and could increasingly devise strategies to funnel a smaller capital allocation into short-cycle projects, such as unconventional shale,” he says.

Energy producers “can think smartly about alternative investments and look to diversify their portfolio with projects that play on their uniqueness, like offshore wind projects”, Jasper van de Staaij, associate partner at McKinsey Energy Insights, adds. “What is vital for IOCs and NOCs is to ensure they remain at the profitable side of the oil cost curve in the future, through standardisation and design simplification, disruptive business models, or application of new technologies like machine learning.”