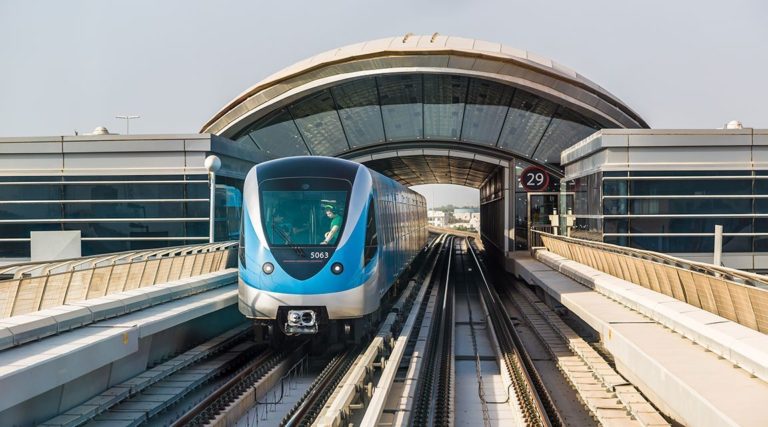 “One of the exciting things is the metro link,” said Mohammed Ali Alabbar at a briefing on the Dubai Square project on 24 July. “We are working with the RTA because we are probably the closest development to the airport. We are eyeing the 75 million passengers who are transiting. Out of 90 million, 15 million come to town, 75 million they transit. We are building a Grand Central Station in Dubai Square and our aim now, we are working with the RTA – where we do a link straight from the terminal straight into the Square. It is 2-2.5 kilometres, and we are planning to probably invest together with them.”

By providing direct free travel to the retail centre, Alabbar hopes to attract a significant proportion of transit visitors. “They are working on the idea. They will get people out of the airport free of charge to come to Dubai Square, and if it is 3, 4 or 5 hours transit, we want you to come to us. If we can catch 5 million, 7 million out that that 75 million who are transiting in the airport, that will be a great achievement.”

The Burj Khalifa/Dubai Mall Station will be upgraded so it can handle more passengers. The RTA has invited contractors to submit bids for a contract to upgrade four Dubai Metro stations. The design and build contract covers the Burj Khalifa/Dubai Mall, Damac, UAE Exchange and Dubai Internet City stations. The works involve improving access to the stations and increasing their capacity.

The Burj Khalifa/Dubai Mall station requires the most work, with an upgrade to the platform and concourse areas to increase the number of escalators and fare gates, additional retail space next to the station and a new double-decked pedestrian bridge connecting to Dubai Mall.

The pedestrian bridge will replace the existing 820 metre-long pedestrian link that local developer Emaar built in 2012. The local DBB Contracting was the contractor.

Traffic at the Burj Khalifa/Dubai Mall station peaks on New Year’s Eve, when nearly 1 million passengers use the metro network.

The RTA is planning other new metro lines and consultants are preparing to bid on 31 July for a contract including concept and preliminary design, tender preparation and award, and design review and contract administration for the extensions of the existing Green and Red lines.

The Green Line extension will start from its terminus at Creek station in the Jadaf area, cross to the Dubai Creek Harbour development, and go on to Ras al-Khor, International City and Dubai Silicon Oasis, before ending at Academic City. The extension line will have 11 stations.

The Red line extension will link its terminus in Rashidiya to Mirdif City Centre. It will extend over 3.5km and have one station.

The tender is also understood to have included a feasibility study for a line linking the Dubai Metro’s Green and Red lines. The new connection between the two lines is approximately 7km.

Dubai is already working on a 15km extension to the Red line. In 2016, RTA awarded an AED10.6bn ($2.9bn) deal to design and build Dubai Metro’s Route 2020 link to a consortium of Spain’s Acciona, Turkey’s Gulermak and France’s Alstom.

RTA says the Dubai Metro Red and Green lines attracted more than 200 million passengers in 2017, up from just 38.9 million in 2010, the driverless metro’s first full year of operation.