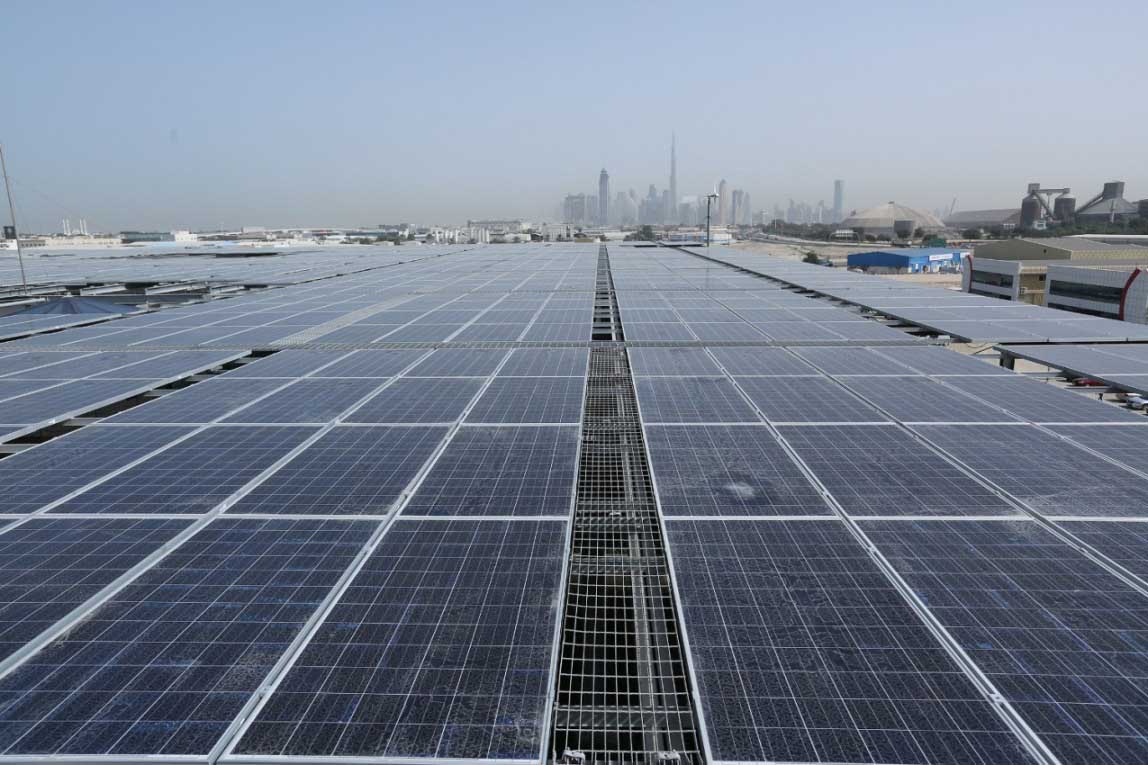 While, as observers of the region’s energy market will know, the 9.45$c/kWh bid received from Saudi Arabia’s Acwa Power is significantly higher than the sub-3$c/kWh bids received in 2016 for major photovoltaic (PV) solar projects in Dubai and Abu Dhabi, the key advantage for this new CSP project is that it will enable up to 12 hours of storage of power for off-peak periods.

State utility Dubai Electricity & Water Authority (Dewa) announced in June last year it had set a target to install 1GW of CSP by 2030, 20 per cent of the planned 5GW it plans to have installed at its ambitious Sheikh Mohammed bin Rashid al-Maktoum (MBR) solar park by that time. Dewa was quite clear that implementing CSP solar with storage would play a key part in ensuring that the emirate’s ambitious target of 25 per cent renewable energy by 2030 would not be a solely intermittent energy resource.

While the sharp drop in costs of photovoltaic (PV) solar in recent years, the price of installing in the Middle East and North Africa (Mena) region having fallen 80 per cent since 2007, has led to a surge in utilities moving ahead with PV projects, utilities are now looking at how renewable energy can be developed with storage to ensure more stable and reliable electricity production. However, while the issue of storage for renewable energy has become increasingly important for the region’s electricity providers, the higher cost of CSP has prevented a significant pipeline of projects utilising the technology.

It is not just in the Middle East that PV solar has dominated the emerging renewable energy market. At the end of 2015, the technology accounted for 227GW of global capacity, compared with only 4.8GW for CSP.

This is set to change. While it is difficult to make relevant comparisons for tariff prices from market to market, due to varying levels of subsidies and other factors, the low tariff for Dubai’s maiden CSP project is the lowest tariff submitted for an unsubsidised CSP project in the world. It is also almost 40 per cent lower than the lowest tariffs submitted for the latest CSP projects in Morocco. More importantly, the cost of solar with storage is now almost converging on costs of traditional power generation.

It is estimated that, including gas import costs, the total cost of producing power from gas-fired power plants in Dubai is somewhere in the 8$ckWh region. The prices for Dubai’s first CSP project are not much higher than this, and also due to the storage capabilities of the technology can function in much more the same way as conventional gas plants than an intermittent resource such as PV solar can.

In 2015, Dubai provided what many thought was a watershed moment for renewable energy prospects in the region with a world-record tariff for the PV second phase of its MBR solar park. The prices submitted for the CSP fourth phase may be the game changer for the introduction of dispatchable solar power that can be delivered during the day and night.